A learning plan helps you focus solely on what you are doing. if you have a learning plan than you can allocate your time separably on other things you don’t need to worry about the learning.

Short Term Plan (6 Months – 1 Year):- in a short time Japanese language course you need to make a strategy on a daily basis what you need to do on 1st weekend and do hard work to achieve your goal in a short time period. How to Clear JLPT Exam in a Couple of Months?

How to Make a Japanese language learning plan

You need to make a proper plan for learning the Japanese language. take everything into consideration and find out what task needs to be done and achieve the goal in a specific period of time – how long it will take to complete each task. 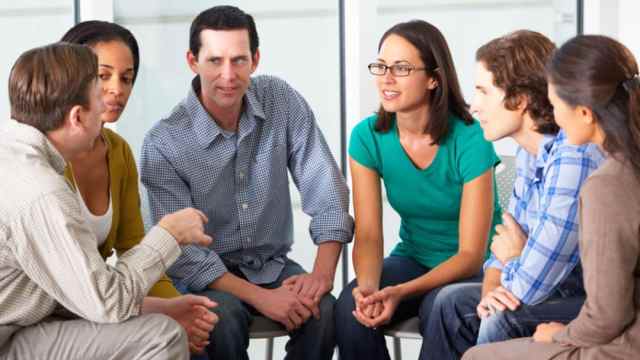 If you have your N5 after Learning Japanese you need to understand things you need to know JPLT. Make a proper list of how much N5 Grammar and N5 Vocabulary and N5 Kanji need to learn at a specific time. like, divide your time according to course.

You need to make the practice of each session you completed and see that there is any improvement need. make the strategy of your week zone and do hard practice to improve this

Review Your Plan Every Day

At the End of every day you have to review your plan and know what you learned in today, how would rank on these days this will help you to focus on your week zone. If your outcome turns out well and does hard when your reviewed outcome turns bad. 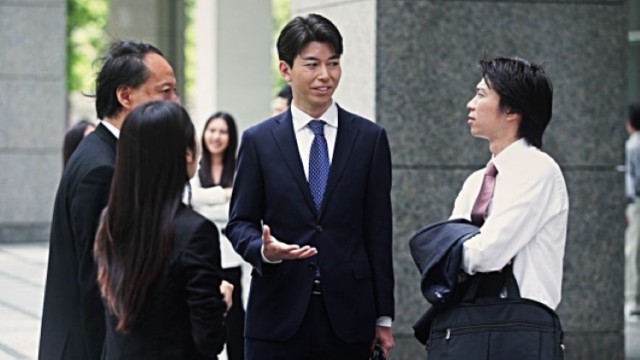 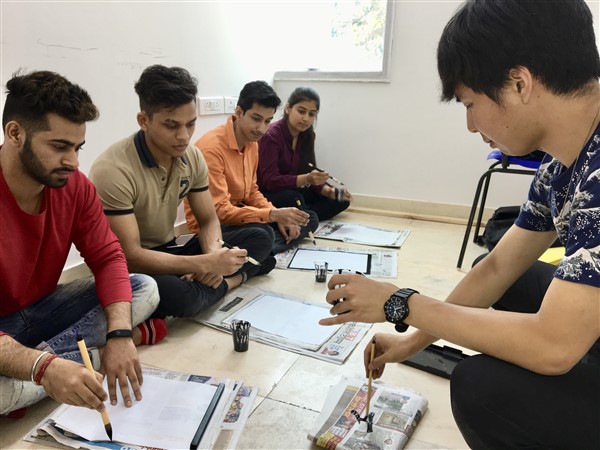 Study the Japanese Language Every Day in Busy Schedule

Breakdown your Book into a small section like if your book has 10 chapters and each chapter has comprehension texts, dialogues texts, grammar points, composition and culture and/or language notes and more then complete one chapter in one week and divide each chapter in seven days and follow the routine to learn Japanese language efficiently.

The applicant will apply for the Japanese Language Proficiency Test JLPT by own while visiting their official website. the application accepts date will start early march until last April for the summer JLPT Exam. and the second phase of the exam will be accepting application from Early August until late September for December JLPT Exam. An individual can apply for the Japanese language test and they will check their knowledge skills while the result comes out and also it will tell you how much hard work you need to do.

Each level of the JLPT Exam has a different passing score set by the Japan Foundation. Check the Passing Marks required in Each Level to Clear JLPT Exam. 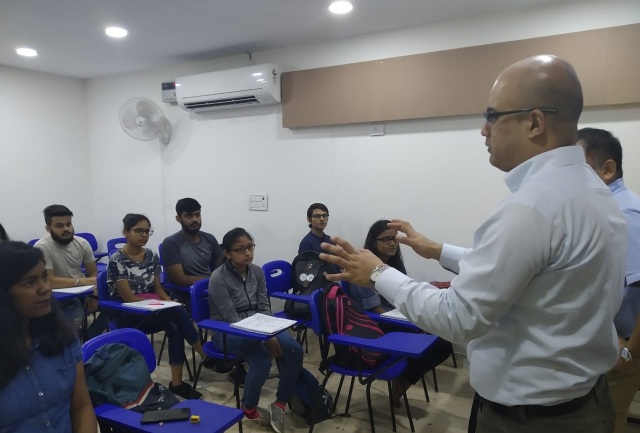 Japanese is one of the most demanded languages in India as a world learning the second language because it was necessary as per career growth. In India, the most popular foreign language was English and then after that Japanese consider as the 2nd most growing language in India.

Learning the Japanese language in India will become most valuable as per your career growth because lots of Japanese industries set up their business in India and Japan have hug Manpower shortage due to their population.

As you start with any textbook to learn the Japanese language and found lots of content available on the web that will help you to learn the Japanese language. You need to chose the right things to start your new language course. There are lots of books are available in the market that they will be told you how to start speaking and listening to any language with step by step guide but you need to aware of the things that the European language learning system is different from the Asian language learning system. In India every sends students will speak and write the English language that was the European language and the learning Japanese language is totally different from this so chose the right resources to start learning Japanese language will save your time and money as well. Scoring Section in JLPT Exam & Minimum Passing Marks Required for Each level 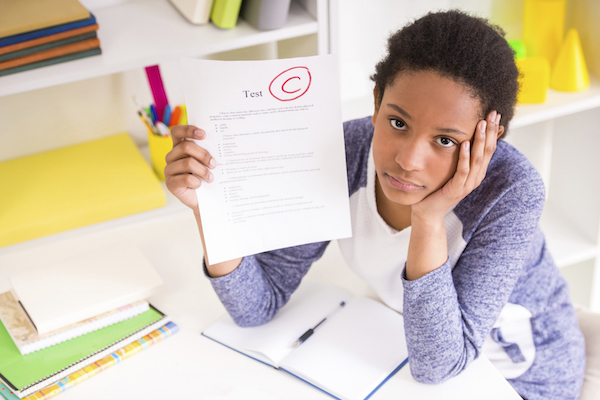 3. Start Learning Japanese Language with “WHY”

Suppose if you travel to the new country it’s very difficult to find the right path where you are going to but with the help of the right resources you can reach their but if you follow the path suggested by the people then sometimes you will reach the wrong destination. Chose the right path will save your time and money as well. All the things that are mention above are difficult to follow by the beginner because they are in the new language world and everything is new for him so they can’t differentiate write and wrong things for him. Get Learn Japanese under the guidance of Expert and Professional Native tutor will suggest the right path and also they can sit with you and suggest all the right direction till the end of the journey. Join India’s Top Japanese Language Institute Nihonkai & JLPT Exam

Getting Job in the foreign country directly after complete your graduation is quite difficult for all the discipline but in case of Mechanical Engenerier it’s impossible but now due to shortage of manpower Japanese Government made some changes in their power visa requirements and they made immigration more flexible and easy as compared to the earlier process.

In earlier Japanese organizations select an extraordinary employee for their Japan located branch from the other company but due to a shortage of manpower, they are looking for the employee who has a basic knowledge of Japanese language & Bachelor’s degree & 1-2 Year work experience in any Indian corporation.

If you are a qualified engineer and want to get a better opportunity in India then it was a great opportunity for you to learn Japanese language and directly place your self in Japanese companies at good annual packages. Japan has a 5 lakh labor shortage to date due to less population of the country and low birth rate. Japan opens the door for the foreigner worker who has their Working skills and at least Basic Japanese Language knowledge of Speaking and listening. Basic to Advanced Language Japanese Language Course

First Japan looking for the employ from their neighbor countries like Vietnam and the Philippines to fill the labor shortage but due to the Good relationship between India and japan government the door is also open for the Indian employee as well because India has a huge population and Talent.

Earlier the students learn the Japanese language to become tour advisors and also those who looking for the job of language translator while Japanese visit in India for their business purpose and more but nowadays Graduate students want to work in Japan as per their working knowledge and experience. There is a huge vacancy for an employee in Japan. If you had IT skills then it was the golden time for you to get a job in Japan at Best Packages just Complete Basic Japanese language course and Clear JLPT Exam conduct by the Japan Foundation and Get the Job in Related companies as per your skills.

There is a huge Labor shortage in Japan and it will fulfill by the end of 2023 or my be latter so it was the Great opportunity for you to learn the Japanese language at India’s Top Japanese Language Institute at Apply for the Job in Japan. We are at Nihonkai Provide Basic to Advanced Level Japanese Langauge Course. IIT & IIM Soon start Japanese Language Course for Their Students 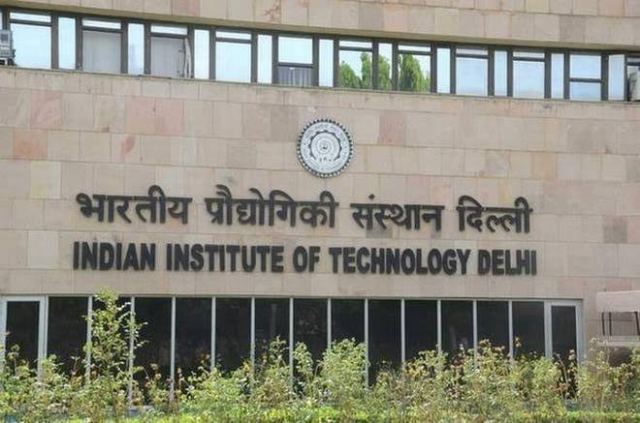 The Japan Foundation is focused on Information & Technology field to hire students related to these fields. They are negotiation with the Indian government to introduce Japanese language courses in Science stream related collages.

As Indian Students learn the Japanese language then they would more demandable by the Japanese Multimedia companies with additional Japanese language and culture knowledge and they will receive better pay and Japan Government also said in the statement as it would work in the benefit of India also hence we hire an employee from India’s Premier Collages. 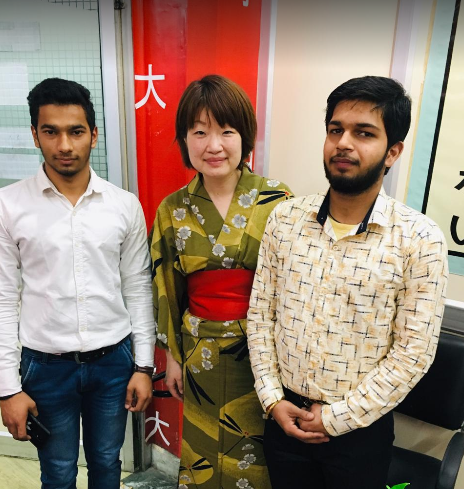 If you are IT student then it was the great opportunity for you as well Get learn Japanese language and at Nihonkai India’s Top Japanese language Institue will place you in Japan as well they have tied up With Japanese government to Placed Indian talented Students to Japanese multimedia companies and more related companies related to your knowledge skills. Basic to Advanced Japanese Language Course in Delhi NCR

Director-General Technical Education of Haryana Mr. A. Sreenivas said that the memorandum of Corporation has a sign between the Department of Technical Education and the Japan Foundation in New Delhi. We start working on this project to build the bright future of our students. MoC was signed in an important meeting recently held at Government Polytechnic Manesar to kick start the Japanese Language Program in Chandigarh Polytechnic college as soon as possible. 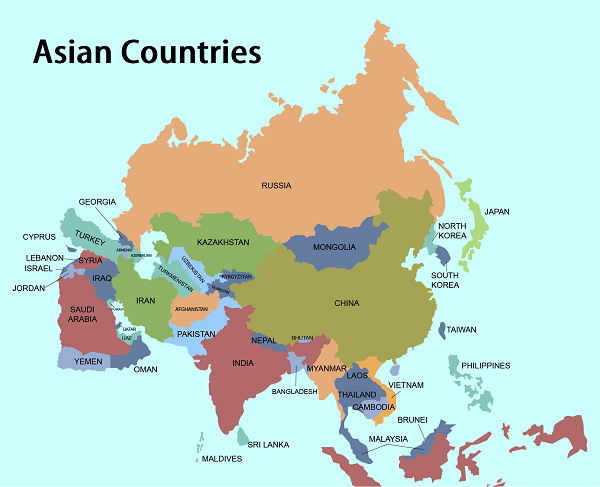 Now it was the Golden opportunity for those who want to build their career in Japan because around 1 Million foreigner workers Japan required till 2025. Japan also made some changes to its immigration system Get learn Japanese language with India’s Top Japanese language Institute Nihonkai. Know-How Much Japanese Language Skills Required to Work in Japan?

Here we are going to compare Japanese language with English and other language that is widely speak in India. So you can easily understand the difference of the language.

1. The Way the Person speak that will reflected his/her Character, “Grammatically Different” is somewhat of an exaggeration, But how someone is speak is actually different by person to person while both are saying the same thing. Like How typical male is speaking is different then how typical women speak. These different is not limited to the gender but it should be to very to the hierarchical relations like His/her Status, How old, How young, Rich and Poor, Boos & Employee, Arrogant and Non Arrogant, Child and adult all have the different tone in their language and that will reflect their status who they are by their talking style. Each dialects are also significantly different from each other. 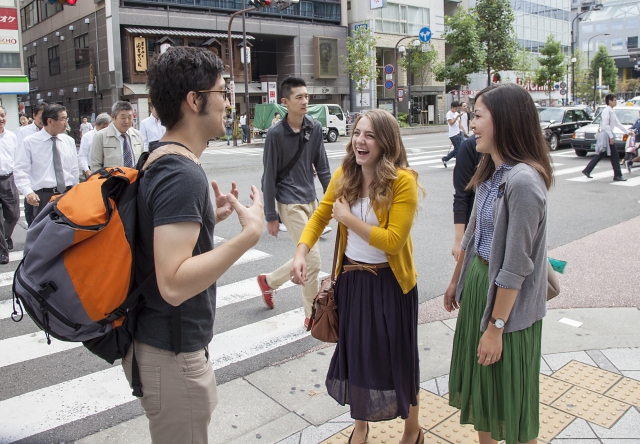 2. Japanese is how fluid of a language it really is. There is great flexibility how words are made, Pronounced and more. Japanese are contentiously found new way to saying or express things because Japanese tends to focus on how word sound rather then the actual word itself. Japanese language is highly fluid and non standard. Young people who is continuously making up newer way to saying or express somthing in Japanese language. Know How Much Japanese Language Skills Required to Work in Japan?

The new Japanese young generation always do some innovative this with their language and they always made some changes in terms of speaking the language. Japanese students make each word sound “Cutter” that what the world suggested. Each generation will modify the way of speaking of the word and make them more simple and fluent that will improve speed of the speaking of the word. Its often difficult for the old generation to understand the language and words what they actually saying.